Thousands of women protest against almost all abortion ban in Poland

Having kicked off their most successful summer arts camp session, the folks at Wintergreen Arts Center were eager to showcase the talents of their brightest young artists.

NEAR ISLE, Maine – Having kicked off their most successful summer arts camp session, the folks at Wintergreen Arts Center were eager to showcase the talents of their brightest young artists.

Everything from pine cone owls and photography to castles and solar system collages were on display at Wintergreen’s First Friday Art Walk exhibit on August 6. Over 20 campers and dozens of other family members gathered at Wintergreen to show off their work and talk about their favorite Summer Memories.

In June and July, 246 campers attended nearly a dozen camps, including the popular Art with HeART at Presque Isle Housing Authority and new photography and arts and crafts camps at the Sargent Family Community Center. New camps at Wintergreen included the Zoo Camp, Spy Camp, and Retro Camp.

Starting in August, Wintergreen will host several other camps at its Aroostook Center Mall location, including the Video Game Camp and AR Girls Return, as well as Nature Walk and Arts and Crafts Part 2 at the community center. Forty-five children have registered for these camps.

“Last [school] year, we never really knew what was going to happen. Everyone was kind of holding their breath to get through the year, ”said Hutchins. “We have been much more daring in creating camps this year. With the lifting of the mask mandate, everyone was more comfortable and excited. “

This summer marked the fifth time that longtime Wintergreen supporter Shaye McHatten has been a Head Teacher for Summer Arts. A native of Mapleton, McHatten created the original Art with HeART camp and has helped Wintergreen develop its summer programming since then.

By participating in various arts and crafts projects, McHatten has seen campers grow in their creativity and self-confidence. She has welcomed many children year after year and introduced new campers to the pleasure of making art.

“It makes me so happy to have seen so many of these kids grow up,” McHatten said. “I love all of their jobs and it’s so much fun to see them get excited about their jobs.”

Wintergreen campers and their families are also grateful for McHatten’s guidance and support. Grace McGough, five, of Caribou, has attended almost every camp in McHatten this summer and couldn’t wait to show everyone her castle, tiger collage and other artwork.

“I liked Mermaid Camp because we have to make slime,” Grace McGough said of her favorite summer camp.

“[Summer Arts] has been her favorite activity all summer. Being a part of Wintergreen really helped develop her love of art, ”said Katie McGough. “She draws every day at home now.”

On Friday, the Wintergreen campers premiered a special project they did as part of McHatten’s video production camp: a 14-minute “TV news” segment in which they children interviewed from local farm families and potato factories about the importance of agriculture in Aroostook County.

Ten campers aged 5 to 12 learned to conduct field interviews and edit video footage to create a fun and educational product. In the video, campers tour potato and broccoli fields, sample homemade fries, and discuss the nutritional and commercial value of local crops.

“I hope they have learned that when you focus on something you can achieve great results,” McHatten said. “I am proud of what they have been able to accomplish.

Camper Adrianna Johanson, 9, said she had fun recording voiceover descriptions of Pineland Farms and McCain Foods for the video project. But the field trip to Penobscot McCrum’s Washburn production plant was his favorite part.

“We ate a lot of fries,” Johanson said. 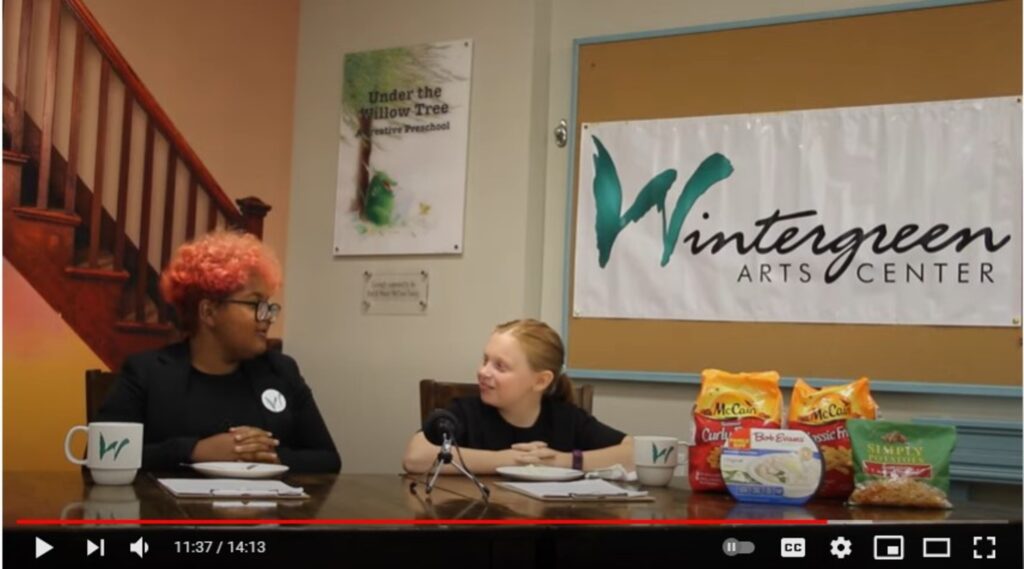 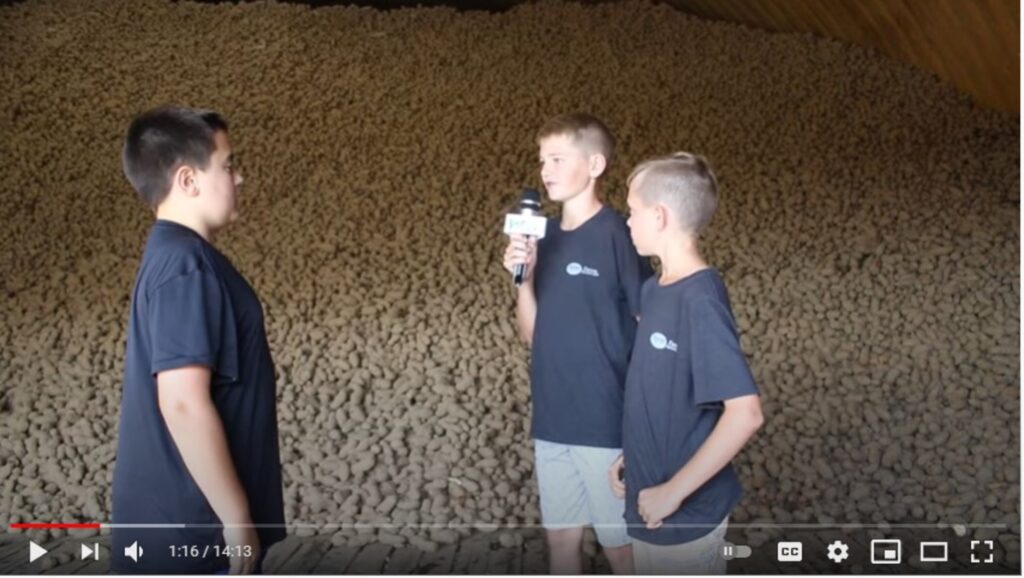