Only You Can Prevent Spring Cleaning Fires

SAN FRANCISCO – July 27, 2019, architectural firm Rael San Fratello installed “Rocking wall”On the border between El Paso, Texas and Ciudad Juárez, Mexico. The project featured three bright pink swings mounted between the slats of the border fence. Families on both sides took turns bouncing up and down, transforming the basic element of the playground into a connecting tool of light resistance against the division symbolized by the wall.

Although it only lasted 40 minutes before the teardown – border patrol officers watched from afar but did not interfere – the installation went viral and is now the central project featured in the modest exhibit. of the San Francisco Museum of Modern Art (SFMOMA) Drawing the Line: Rael San Fratello on the US-Mexico Border, curated by Joseph Becker. The works on display raise questions about the role of humor in activist art and design, how success or effectiveness should be measured in these projects, and what it means when board members The museum’s administration have ties to politicians who enforce oppressive policies on border walls.

As the title of the exhibition indicates, most of Raël San Fratello’s border interventions exist only in idea, displayed on the walls of SFMOMA in the form of conceptual drawings. A wall map grid includes an illustration replacing the border wall with a natural boundary of densely planted cacti. Another turns the fence slats into a giant xylophone. Nearby, small globes showing models of the cabinet’s interventions are also satirical; one features a referee at the top of the fence calling a wallyball tournament, another reinvents the wall as a binational burrito stand. While there is the real world previous for such interventions, they lack long-term feasibility, and the comically absurd nature of these concepts stems in part from their impracticality.

Here and there, allusions to the very real threats represented by the wall sting the lightness of the show. The “Cemetery Wall” globe is particularly poignant. A lone figure is crouched in front of the wall, gravestones surrounding them on both sides of the barricade. The article refers to the thousands of documented and undocumented deaths that have occurred at the border, as well as destruction burial sites of Tohono Oʼodham which mark out the route of the construction of the wall.

Despite the serious problems, Rael San Fratello’s border architectures largely respond to the situation with a poetic play, placing their work in the context of interventions such as “Cheese Wall” by Cosimo Cavallaro, “Erasing the Border” by Ana Teresa Fernández. Rafael Lozano-Hemmer “Border Tuner”, “Border Crossers” by Chico MacMurtrie and “Repellant Fence” by Postcommodity. These works reflect the negative impacts of the barrier, but do not offer practical solutions to dismantle it or cross it illegally, as in projects like Judi Werthein “Brinco (Jump).”

Such projects raise questions that activist artists and designers are constantly confronted with: is it enough to highlight a problem without providing a concrete solution? Do poetry and play have their place in the art of protest? Does humor not help people affected by discrimination and violence? The responses to the works of Raël San Fratello – in particular “Teeter Totter Wall” – were Split on such issues, and I find myself seeing both sides of the argument. Humor can be a powerful tool in resistance strategies, as it empowers players whose stories are often told through narrow lenses of victimization, while frequently disarming ideological opponents. But humor can also lead to easy and forgettable reactions to concerns that deserve further consideration.

SFMOMA does not deal with such ambiguities. The exhibition text avoids referring to the more comical aspects of Rael San Fratello’s work, describing their projects in a rather bloodless manner as “exercises in political subversion through design” and praising the “conceptual dismantling of the wall. border ”. The framing of the show seems to praise dissent and dismantling the wall when presented as mere exercises, operating on conceptual rather than real levels.

As I browsed the gallery, I thought about how SFMOMA organized an Andy Warhol Inquiry in 2019 organized by the Whitney Museum and partially funded by former Whitney Board Vice Chairman Warren Kanders, whose ownership of a company that produces tear gas has been used against migrants at the US-Mexico border sparked protests that resulted in his resignation. Bay Area artists have since zeroed on the activities of the SFMOMA board of directors, highlighting members’ donations to far-right political candidates and ties to Donald Trump’s administration. Administrator Charles R. Schwab – who served as chairman of the board from 2007 to 2018 – came under special scrutiny for donating $ 1 million to Trump’s inauguration ceremony and an additional $ 100,000 to its legal defense fund.

So, a museum with board members with ties to Trump – whose presidential candidacy and policies were centered on his xenophobic promise to “build the wall” – is now showcasing dissent against the wall via a cabinet of architects whose projects are characterized as design exercises and / or temporary interventions. Presenting Raël San Fratello’s work in this way is a safe choice for SFMOMA, showing an apparent solidarity with opponents of American border policies without ruffling donors who might have been reluctant to exhibit works of a more content. antagonist or practical.

Drawing the Line: Rael San Fratello on the US-Mexico Border continues at the San Francisco Museum of Modern Art (151 3rd Street, San Francisco) until June 5, 2022. The exhibition is curated by Joseph Becker.

In Philadelphia, a series of solo exhibitions explore the interdisciplinary practices of graduates whose work explores identity, family ties, political constructs, and the fragility of nature.

David Uzochukwu, Kennedi Carter and Kiki Xue are among 35 artists whose work will be shown online and at the festival in Milan, Italy.

The stuff that dreams of art are made of.

Jane Schoenbrun talks to Hyperallergic about We’re All Going to the World’s Fair and making a cutscene on the Internet.

To do so before they have returned the treasures of Maqdala and the bronzes of Benin and the statues of Easter Island and the Maori heads, before a coherent set of decolonization precepts have been articulated, would be assert the wrong principle.

“Everyone in Mesopotamia, from what I understand, believed in ghosts,” said Irving Finkel, curator of the Middle East department at the British Museum.

The new generation of artists and curators are eager to explore alternative organizations and tackle current social inequalities and problems.

Next Iman Shumpert's "We" dance is not to be missed, JoJo Siwa clowns 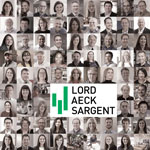