Dancer and choreographer Li Xing has one of his busiest schedules – playing the lead role in eight performances of three productions in 10 days.

Her original dance creation “The Hotel” was staged at the 50th performance at the Shanghai Grand Theater during the Mid-Autumn Festival. Prior to that, Li starred in the dance drama “Dragon Boat Racing” at the Shanghai International Dance Center. His latest creation “A Dream of Red Mansions” premiered this week at the Jiangsu Center for The Performing Arts.

“I just want to take every opportunity to dance more and create more,” Li, 30, told the Shanghai Daily. “Dancing was not such a popular theater choice in 2013 or 2014 when I started performing. But now more and more people are willing to go and see dance performances, which is a blessing. for dancers of my generation. “

This is the fourth time that “The Hotel” has been performed in Shanghai. Li deliberately organized the 50th performance at the Shanghai Grand Theater.

“It is a historic place in a city where its audience is ready to tackle new productions and new concepts, even if they cannot fully understand them,” he said. “The Shanghai audience also shows a strong willingness to communicate and give feedback. I welcome all feedback, whether positive or negative. This is the charm and reality of live theater.”

“The Hotel” has been described by Li as a contemporary dance theater production. There are seven characters: a teacher, his wife, a lover, a pregnant woman, a drunk man, a hotel manager and a maid.

Unlike traditional dance dramas, “The Hotel” does not have a clear storyline, although the characters are involved in vague relationships with each other.

As a choreographer, Li said the inspiration came from his living status as a dancer.

“We travel between cities and countries for shows, and hotels are more like home for us,” Li said. “I still remember that in 2015 I only spent 23 days at home in Beijing. I had to pack clothes that could cover three seasons in my luggage. “

“After I got used to traveling, I started to feel that people can also find privacy in hotels … I have met different types of people in hotels. In dancing, I want to let the characters communicate both individually and in groups. Their relationships leave a lot of room for the public’s imagination, “he added.

Li is originally from Hunan Province and graduated from the Military Culture College of the PLA National Defense University in 2010. He remained in the Army Song and Dance Troupe for a few years before becoming independent dancer with his own dance studio.

“I learned different kinds of dance like folk, classical and ballet in college. After I became a freelance dancer, I watched a lot of shows abroad and I felt more attracted to the form. contemporary, and I wanted to explore more possibilities in theaters. “ 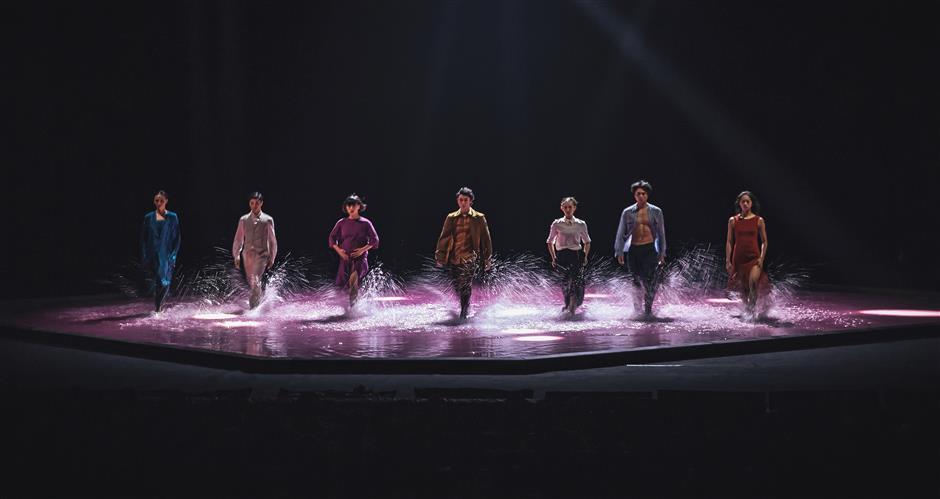 A scene from the dance creation “The Hotel”

Li said that the directing was one of the highlights of “The Hotel”. A triangle-shaped wall separates the hotel’s private and public spaces, which can be interchanged by rearranging the furniture.

“Exploring and playing with the stage space is what interests me now,” Li said. “I thought about and hesitated whether I should build a style for my designs. Currently, offering the public new content and concepts is my goal. Perhaps the exploration of scenic space will become a hallmark of my future creations. “

Li became more famous among dance fans nationwide after appearing on the variety show “Dance Smash” last year. In the final competition, he was beaten by his friend Xie Xin, who also appears in “The Hotel”.

“The purpose of participating in the variety show was simple – to let more people know about us and to attract them to theaters to watch dancing,” Li said. “I celebrated my 30th birthday afterwards. have completed the recording of ‘Dance Smash’. Dancers in their twenties may have superb physical condition and abilities, but dancers in their thirties can enrich their characters and perform on stage more regularly. “

Previous Becoming a Deccani Artist: Tracing the History of Hyderabad School of Arts and Crafts